Triathlon and multisport races used to be considered a bizarre form of self-torture engaged in by endurance athletes who had gone too far. Today, triathlon has been widely accepted and is a sport much loved by both participating athletes and fans alike. Each year, thousands of everyday men, women, boys and girls participate in their first triathlon in search of fitness and a rewarding challenge.

Nevertheless, the sport remains rather intimidating for beginners. There are three disciplines, and sometimes it may seem harder to begin, than it actually is. Aruba Triathlon Association specializes in Olympic, Sprint and Super sprint distance races which gives the beginner, intermediate and advanced athlete the possibility to select a race that meets their level.

Triathlon is actaully a variathlon of a sport category known as multisport. These are events or races where multiple disciplines are combined in one race. A Triathlon consists of a swim, a bike leg and a run course. There are many variations of multisport races. Some even combine sports like kayakking, rock climbing, and cross country snow skiing into one event. Although our tropical island does not permit us any snow for skiing, Aruba Triathlon Association does organize a variety of multi sport events.

Starting out and progress

The first time triathlete will probably take on the sprint or super sprint distance as a first race. This is a great way to start and to get a feel of the sport and everything around it. Continuous participation and increased distances require a higher level of fitness which requires training to achieve.

An important part of doing well (and having fun doing so) is having proper guidance and regular training sessions. Aruba Triathlon Association provides training sessions at professional facilities for athletes of all ages. We are happy and proud to have 3 dedicated coaches to train local athletes in all three disciplines. Paying attention to the individual athlete’s performance, along with motivation, nutrition and technique tips, we help athlete’s become stronger, faster, healthier and happier.

Every Tuesday and Thursday from 5 to 6 PM – Stadion Guillermo Trinidad – Coaches Nicolas Robert and Glennon Eights.

The Guillermo Prospero Trinidad Stadium (officially known as Complejo Deportivo Guillermo Prospero Trinidad) is a multi-purpose stadium in Oranjestad, Aruba. It is Aruba’s National Stadium, named after Guillermo Trinidad, a politician from the same neighborhood (Dakota) and has a capacity for 5500 spectators. The stadium hosts soccer and hockey matches and athletics (track and field). On the track and field is where the triathlon run training takes place. Consisting of warming up, stretching, drills, intervals, timed laps and technique training, all catered to the level of the individual athlete.

The Roly Bisslik Olympic Pool (officially known as Piscina Olympico Roly Bisslik), located in Savaneta hosts an Olympic size pool and hosts international swim meets such as the famous Carifta swimming championships. Named after one of Aruba’s local legendary swimmers, Roly Bisslik, this is considered the best pool for training professional swimming on the island. The construction of the pool was funded by sponsorships raised by Roly Bisslik who performed the incredible feat of swimming from Venezuela to Aruba on August 7th, 1988. To this day Arubans and especially members of the community of Savaneta, where the pool is located, are extremely proud of Roly for accomplishing this incredible challenge. Training at the facility focuses on swimming technique, strength and speed for athletes of all levels. This is a good start for beginners to improve their swim skills and comfort level in a predictable environment.

Every Sunday, long distance group ride starting at 7:00 AM at cycling coach, Lucien Dirksz’ home. More info about additional weekly cycling training will be posted at a later time. Contact us at info@arubatriathlon.com for details.

Triathlon and multisport requires some equipment to perform each discipline. For the swim you would need a swimming cap and goggles. For the bike you will need a road bicycle or equivalent and for the off road races a mountain bike is needed. A helmet is a must and we definitely recommend sunglasses and shorts with chamois to make you more comfortable on the bike. The run requires running shoes and if you are racing a race belt. A visor and sunglasses would help as well. Because all three disciplines are done one after the other, a triathlon suit or two piece triathlon kit can be worn, although this is not a must. Our coaches are experienced and are able to assist athletes with getting the proper gear for training and racing.

Training with the Aruba Triathlon Association coaches is included in the membership for all members of ATA. A yearly fee of AWG 50 for kids till 14 and AWG 100 for adults grants you a membership of the Aruba Triathlon Association community. You will be able to attend all the training sessions and communicate with our coaches freely as you improve. You will also get a discount on the entry fee for all our sprint races throughout the year. The normal entry fee for sprint races is AWG 20 for individuals. This becomes AWG 10 for members. Because triathlon is an Olympic sport since the year 2000 and Aruba Triathlon Association is a member of COA, the official Aruban Olympic Committee, we are aided by COA and are able to provide our services at a relatively low cost. This in turn helps ATA to grow with more members and helps more athletes become successful multi-sport athletes.

We often get requests from visitors who visit Aruba and would like to attend our training sessions. Aruba is after all a great vacation destination. For those who plan to visit our island and are interested in joining coached training sessions in professional facilities or join group bike rides, please send us a mail at info@arubatriathlon.com and we will make it happen. Most of our members are family members of, former or practicing triathletes. While training for triathlon on vacation may seem odd for non-triathletes, we completely understand the concept.

We are always looking for volunteers 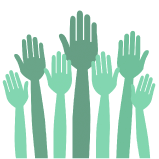